Chess players are madmen of a certain quality, the way the artist is supposed to be, and isn't, in general 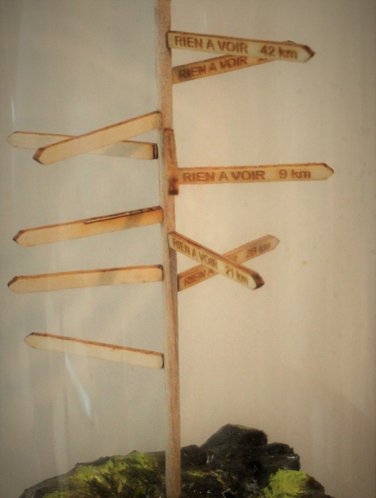 Playing games is an important element in everything you do, I believe. You have played chess all your life and I think that, in the same way, you have always approached your work as a player?

Absolutely. I am extremely playful in that sense and I believe it’s the only form of fun possible in a world which isn’t always much fun.

I am inclined to be witty. I regard humour as one of life’s vital ingredients.

Sorrow and pain, on the other hand, are not at all essential; there is no good reason for them and people seem to feel obliged to cry much more often than they laugh. 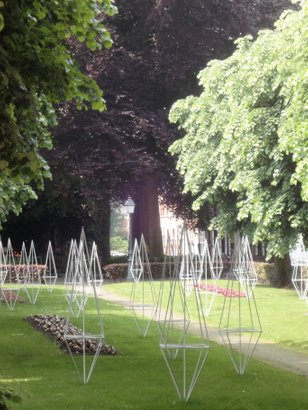 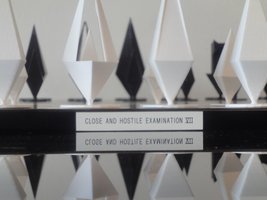 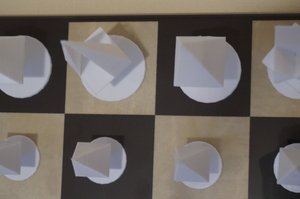 Initially abstract oeuvre, but from the beginning of the 90's a spectacular evolution with a literal destruction of all his older work to make room for figuration. With this clear gesture, the artist showed that he no longer doubted how he wanted to express himself and that the abstraction was finally closed.

Because of this style break, more clarity arose in the story that Roes wants, namely to tell in connection with alienation and absurdism in themes such as power and power relations.

Painting is the medium where Roes technically feels most at home but in recent years he regularly makes trips to other forms of expression. With installations in steel or 3D prints and wooden sculptures in smaller sizes, his "spielerei" also appears to manifest itself in spatial terms

Emptiness is often unnoticed the subject of this artist. Almost all of Roes's works are blurred, fuzzy and brushed out. Wiping away his subject or part of it is his way of working. Sometimes a cross is made about the work. Making a cross also means letting it be forgotten, erased. In this way we come to the gaze of Roes, the key point in his work. In the works where cans are swept away, turned away, avoided, covered and denied, his core! The unrest and unease that many of his manipulated images evoke is undoubtedly the aim of Roes. Especially in the omissions and blurs, emptiness and lack are suggested, whereby the spectator can wonder whether there is something to be filled in or not.

Roes himself says that different interpretations of his works are possible and that the viewer has to decide for himself whether he plays the game and / or whether he dares to go deeper into the scene. (Roes himself is an avid chess player).

What immediately strikes you about watching the paintings of Bob Roes is the lack of faces. What happens when we remove the face? What look should be wiped, destroyed and broken down?

The ability to communicate. No contact can be made with the outside world. You can not be accepted (leads to loneliness), but also not rejected. Without a face, the figures are doomed to remain how they are. Is this perhaps a way to maintain control over his figures. Ensor put his figures on masks. These figures can neither be accepted nor rejected, but they can hide behind a mask. They measure themselves a different identity. The figures of Roes can not. They are doomed to undergo their lonely destiny.